In 1813, German territories were no longer part of the Holy Roman Empire (Das heilige römische Reich deutscher Nation) founded in 962 by Otto the Great and encompassing at the beginning of the XIXth century about three hundred and sixty independent estates, wide or tiny. Indeed Napoleon, and at first Bonaparte, had something to do with it : the German Diet had to register the territorial changes planned by the First Consul; it was the Recess of 1803 that reduced the number of Imperial Estates to eighty-two.

The removed entities, free cities or ecclesiastical territories, served to compensate or reward the rulers, clients of French politics, such as Prussia, Bavaria, and Wurtemberg.

As early as 1804, the last Roman Emperor and leader of the Habsburg Empire, Francis II, surrendered this title and became Francis I, Emperor of Austria. Finally, in 1806, the Holy Empire as such disappeared. With the southern and western estates of Germany, Napoleon created the Confederation of the Rhine (Rheinbund) of which he declared himself the protector.

Admittedly, arbitrariness led to the establishment of the borders of these new territories, but they proved successful and they were maintained during the XIXth century and even often until the war of 1914-1918. 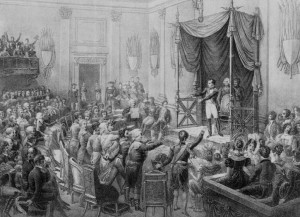 In Richard Wagner’s homeland, at the time of the Holy Roman Empire, the Duke of Saxony was an elector and two of the monarchs reigning in the XVIIIth century, Augustus and Augustus II were kings of Poland. After the treaty of Tilsit in 1807, the Emperor of the French made the Duke of Saxony a king and the kingdom entered the Confederation of the Rhine.

It was therefore during the reign of Augustus II that Wagner was born on May 22, 1813. The Great History, noisy and bloody, manifested itself shortly after this date. After the disastrous Russian Campaign which had exhausted the two opponents, Napoleon was not out of the woods, and it was from Prussia that the signal for the anti-French crusade came. King Frederick William III, a master in terms of hesitations and reversals, was convinced by his wife, Queen Louise, by his statesmen, generals, philosophers (Fichte), students, and concluded with the Tsar Alexander I a treaty of alliance on February 28, 1813.

It was only then that the notorious German Campaign of 1813 primarily took place in Saxony in two series of operations separated by an armistice and negotiations. The spring campaign was marked by the French victories of Lutzen and Bautzen over the Russian and Prussian allies, and with the arbitration of Metternich’s Austria concluded by an armistice on  June 4. Shortly after, Napoleon unsuccessfully tried to negotiate with the Chancellor of Austria in Dresden, and in August Austria joined forces with the other two powers to form the coalition that participated in the summer campaign. The decisive battle was fought in Leipzig from October 16 to 18, the one that was called “the Battle of the Nations” (die Völkerschlacht). 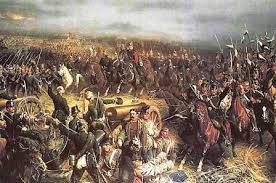 Without affirming that this noise and fury could have affected little Richard, a barely six-month-old infant, we can at least say that from this Napoleonic defeat will be born another world which will be the one in which Wagner will live his youth. As his biographer Martin Gregor-Dellin writes, “Richard Wagner’s life did not unfold concurrently with history; from the start, both are so interdependent that we must study their interaction in detail.” 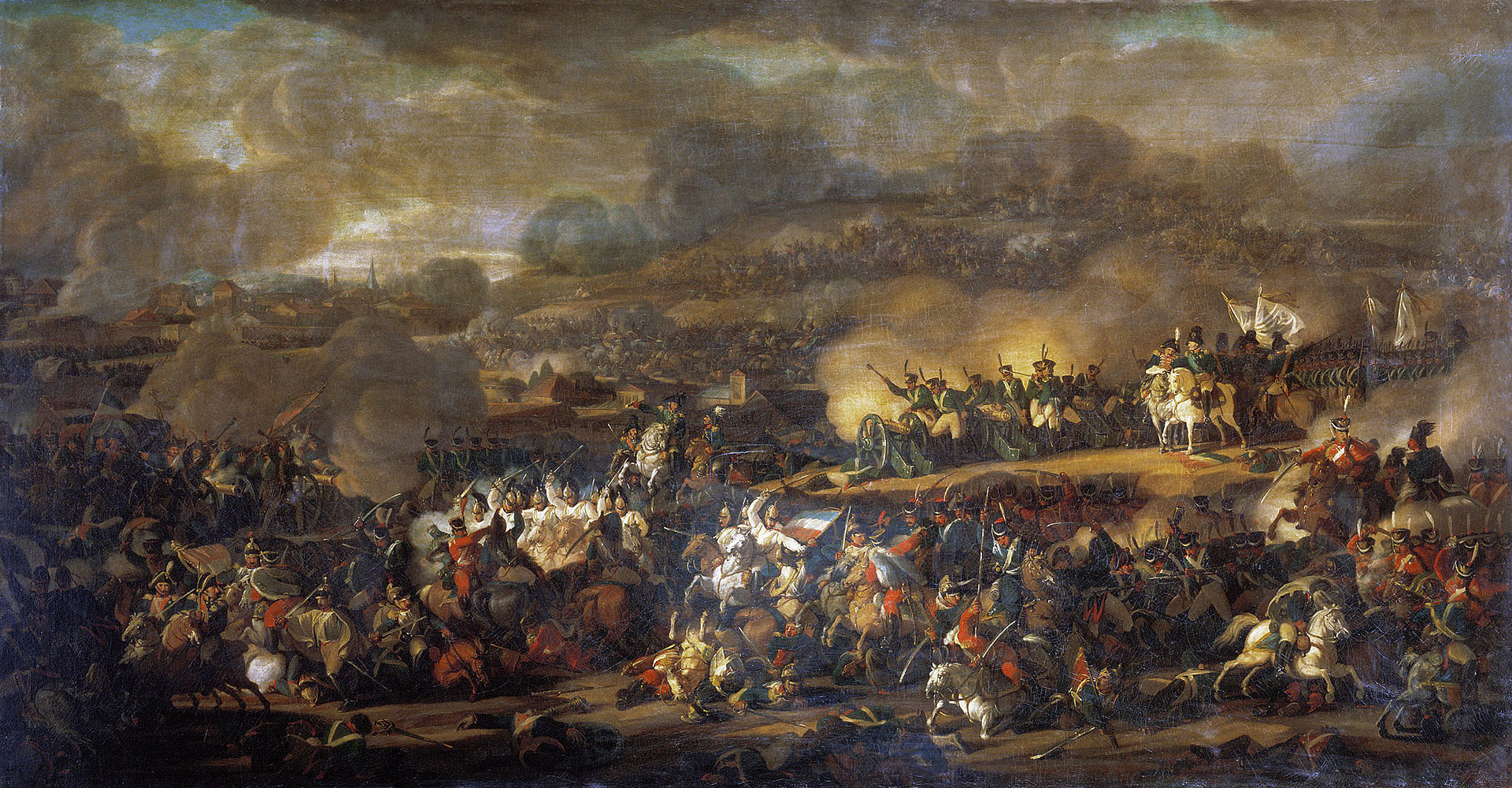 Among these details, the one that marks the imagination of adult citizens: understanding that the case was lost, Napoleon galloped through the city of Leipzig and fled. His ally, the King of Saxony, was taken prisoner, but his troops had entered into the Prussian camp during the combat. After the battle, all the winners, the crown prince of Sweden Bernadotte, the Tsar, the King of Prussia, the Emperor of Austria, got together in the marketplace; we can imagine this spectacle: the generals, aides-de-camp, uniforms, multicolored plumes … Their interview sealed the birth act of the Congress of Vienna. 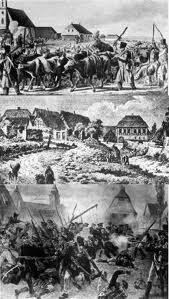 It is undeniable that such events will indirectly mark a young child born on May 22, 1813: the family’s anguish, the proximity of military operations, the uncertainty of everyday life, the memories of horror and glory that will be discussed later.

Moreover, a concrete fact relates to the event: the accumulation of dead and wounded people in the small town of Leipzig triggered a typhus epidemic. Richard’s father, a police officer, fell ill with it and died on November 23, 1813.

The child was fatherless: the Great History had already affected him! The battle of Leipzig is well known: the 1814 campaign in north-east France, the capitulation of Paris, the fall of the empire. Napoleon abdicated and left for the Elba Island.

The Treaty of Paris signed on May 30, 1814 deprived France of its natural borders. Then there were the Hundred Days, Waterloo, and the Congress of Vienna whose crucial purpose was to determine the faith of the territories abandoned by Napoleon. Among the delicate negotiations should be mentioned those concerning Poland and Saxony. To compensate Prussia which lost the Duchy of Warsaw, claimed by Russia, the Tsar would consider giving the King of Prussia Saxony, whose ruler would thus pay for his loyalty to Napoleon; but Austria and England did not approve of this plan. Talleyrand saved a very risky situation: in the name of the legitimacy principle, he demanded the retention of the King of Saxony (Louis XVIII had married one of his cousins) on his throne. 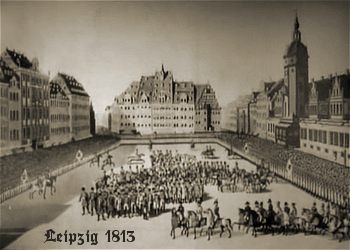 The work of the Congress continued during the Hundred Days and ended with the final act of the Congress of Vienna (June 9, 1815), eight days before Waterloo; Prussia nevertheless retrieved territories in the north of Saxony. Germany formed a German Confederation (der deutsche Bund), an association of sovereigns chaired by the Emperor of Austria, in which Bavaria, Wurtemberg and Saxony retained the royal title conferred by Napoleon. This grouping of territories and the balance of forces will keep peace in Europe for about half a century until the national wars that will lead to German unity. It was in this Europe temporarily appeased, deceptively appeased, because nationalisms had not been taken into account, that Wagner was going to live his young years.