These years of youth were marked by years of creation (or attempts at creation), hope, a few meager successes, but especially of scathing disappointments. 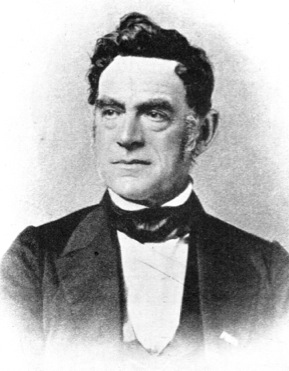 Since 1829-1830, Richard Wagner composed and multiplied several theatre, music and even… opera projects: Die Laune des Verliebten, WWV6 (The Mood of the One in Love), his very first draft opera (a scene for three female voices, as well as a tenor tune) – several symphonic pieces for the most part and directly inherited from Beethoven – including the Overture in B-flat major, known as the Paukenschlagouverture (Timpani stroke Overture)…

This Paukenschlagouverture was performed for the very first time in front of an audience within itself several very well-known and reputated people, at the end of this same year, for the popular Christmas Concert.  at the Leipziger Theater. The local conductor and music intendant of the Theatre, young Heinrich Dorn, agreed to conduct it under the title “Ouverture Nouvelle”, without – certainly on purpose – mentionning the name its composer on the programme. Thus, a real chance for young Wagner, as the expected success was not finally there: the Paukenschlagouverture – noted fortissimo on the score by our young composer – was punctuated each end of bar by a timpani stroke, which provoked the audience’s laughs… 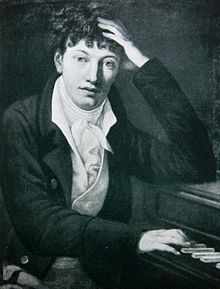 In 1831; Wagner entered the University of Leipzig as a music student. He studied composition and counterpoint with the cantor of the St. Thomas Church (Thomaskirche), Christian Theodor Weinlig. Two years later, probably driven by his sister Rosalie, Wagner built a booklet project for a future opera The Fairies (Die Feen), the first opera entirely composed and completed by Wagner. It will not be created on stage until after the composer’s death.

Meanwhile, life goes on, and Wagner accepted the position – poorly paid – of head of the choirs at the city theatre. In 1834, he began the composition of a new opera: The Ban on Love (Das Liebesverbot). He did the same year in Bad Lauchstädt, where he was in charge of the musical direction of the summer season of the Magdeburg Theatre Company – meeting the young actress Minna Planer and her daughter Nathalie.

For two years, besides his new compositions and his idyll with Minna, Wagner persisted in trying to save – on his very own money, making debts everywhere and thus it turned into a catastrophic  waste – the Magdeburg Theatre from bankruptcy. 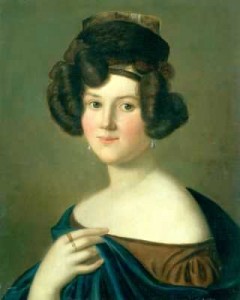 On November 24, 1836, Richard Wagner married Christine Wilhelmine (Minna) Planer in Königsberg. Becoming musical director at the Königsberg Theatre, Wagner again faced a financial situation which was, like in Magdeburg, on the brink of collapse. The debts accumulated by the theatre would lead the company to bankruptcy soon after. It was a new artistic failure for Wagner.

In the household, the situation was not much better: the crises between the two spouses follow one another and Minna left the Königsberg household to go to Dresden with a merchant named “Dietrich”. 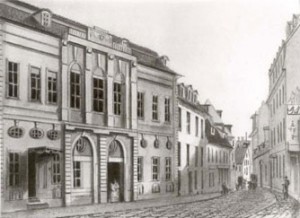 From Dresden, Wagner then embarked on a trip to Berlin to begin talks in order to sign a commitment with the Riga Theatre. Minna joined him there, after sending her husband a letter asking for forgiveness.

In 1838, Richard Wagner started the composition of Rienzi, the Last of the Tribunes. Ousted from the Riga Theatre, the composer had to face a disastrous financial situation; Minna tried to tend to the couple’s needs by performing at the Riga Theatre. After four appearances, the actress would bid farewell to the stage. Wagner thought of fleeing to France and translating the text of Rienzi in French. 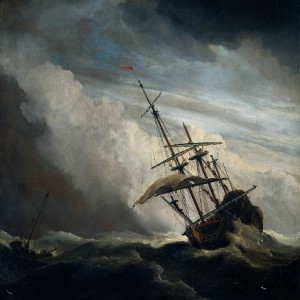 Wagner, Minna – accompanied by the faithful dog Robber, a Newfoundland – finally had no other choice to opt for an exile by sea, without any passport. They boarded La Thetis in the direction of Copenhagen, with the purpose of going to London. The meteorological conditions encountered by the crew during the crossing were horrible: the boat was lacking wind for several days, then a storm unleashed off the Norwegian coasts. The hardship encountered by the sailboat was so terrible that it supposedly inspired the composer to write the overture of The Flying Dutchman (Der Fliegende Holländer).

Finally arrived in Paris, Wagner rushed to Meyerbeer to present Rienzi to him and get letters of recommendation from him at the direction of the Paris Opera. Despite Meyerbeer’s few letters of recommendation and Wagner’s many proposals to theatres and the opera, the composer was unable to impose himself in the French capital and the debts built up.

In 1841, Wagner finally completed his Flying Dutchman. It was a new refusal from the Paris Opera that would buy only… the libretto (and for the modest sum of five hundred francs). In Germany, however, Wagner, thanks to Meyerbeer’s support in both cases, opened a way for himself: Rienzi was finally accepted to be performed in Dresden and The Flying Dutchman, it seemed, in Berlin.